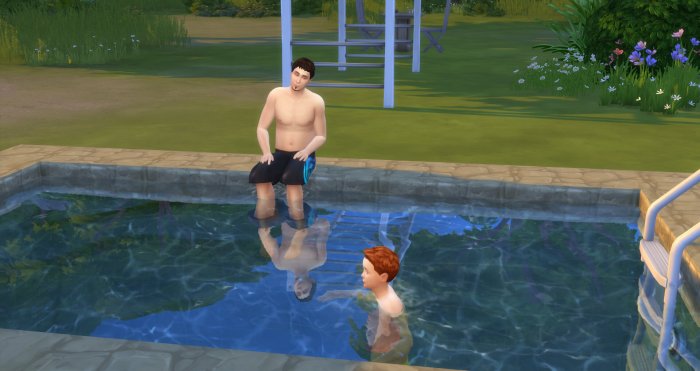 Brian thought that putting in a small pool would make Rocket ecstatic but he wasn’t as excited as he expected.

He swam over and told him they’d make a deal.  As long as Rocket stayed disguised when he’s outside he can go undisguised in the bunker.  This seemed to cheer Rocket up quite a bit.

Before they got out Rocket couldn’t help but make a joke about Brian’s big belly.  He was quite proud of his joke but Brian didn’t think it was so funny.  He thought he might be getting kinda fat.

Brian bought a solar system model kit.  He thought it would be a fun project for Rocket.

It didn’t take long for him to get worn out though.  Rocket found this quite funny.

He decided to write to Manny again while Brian slept… 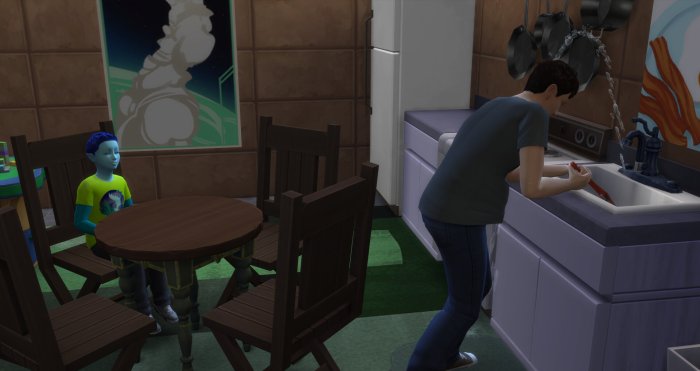 When Brian woke up from his nap it was to a broken sink.  Maybe they need to get a better one down here.

He felt hungry and sick at the same time.  He kinda wished that he hadn’t made a big deal about cooking the fish that he’d caught.  It looks gross now.

When he was feeling a little better Rocket wanted to play on the monkey bars so they headed upstairs.  He yelled to Brian to watch his trick.

Brian laughed and told him to be careful.

As he looked at Rocket sleeping he felt better that at least one of them would get a good night’s sleep. 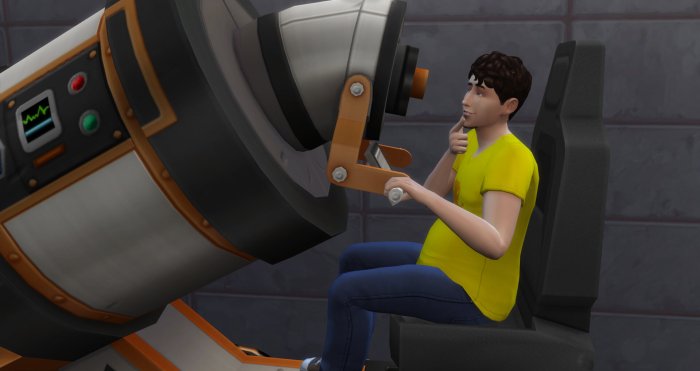 In the morning he was feeling a little more himself and decided to do some more tests while Rocket worked on his school work.

But after a while everything he did made him feel ill.

What had started as a little sparkle was now like high beams on a car!  Even though stuff like this usually seemed very interesting to him at this point it was kinda freaking him out.

He decided to write down what little data he’d managed to collect and call it a day. 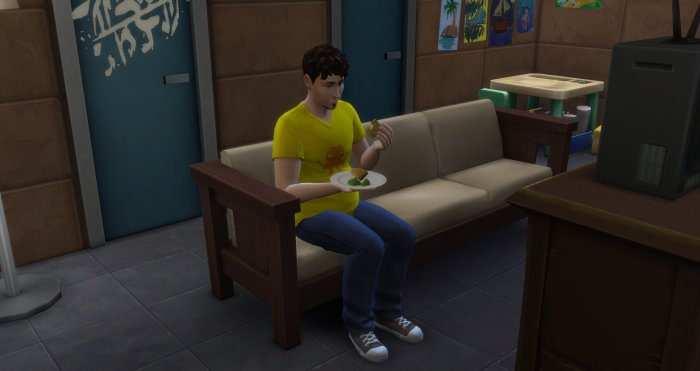 Fish tacos.  Why so much fish?  He choked it down because he was starving and he didn’t have the energy to cook.

By the time he’d finished eating he could barely sit up.  He was asleep in moments.

When he woke up he groggily made his notes for the day.  There wasn’t much to report.  His theory that the levels would increase was correct.  Perhaps that is what’s making him feel so sick and uncomfortable all of the time? 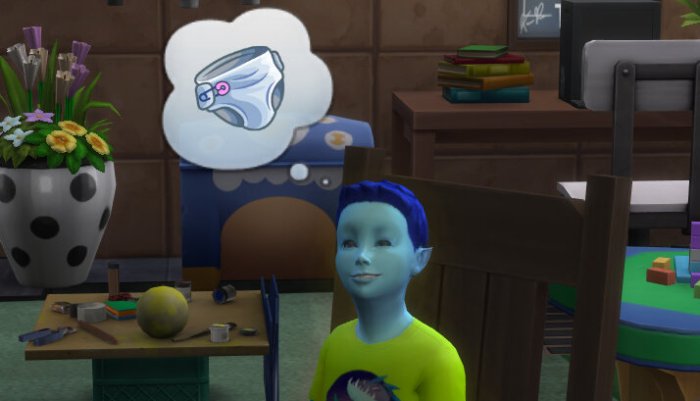 What Rocket was thinking while writing to Manny.

It’s driving me crazy stretching this out.  Also, the stopping to write the next chapter when I really want to get to when he gives birth. But I know it’ll be way too confusing for me to sort through screenshots if I don’t do it right away.