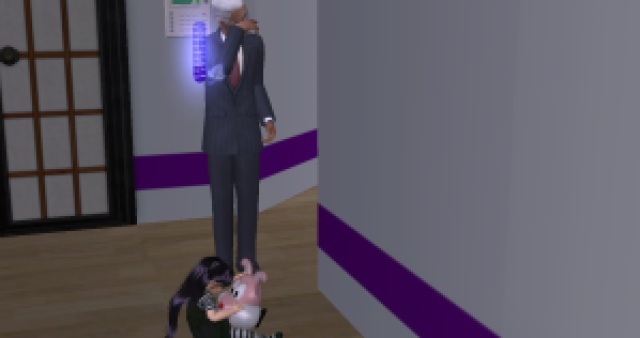 Connor tries to give attention to the girls but he’s too upset over the sudden loss of his wife to be very attentive.

Uncle Ian cares for them when he has the time.

More and more the parents argued about who’s job it was to take care of the kids.  The two of them barely even looked at the girls let alone took care of them. 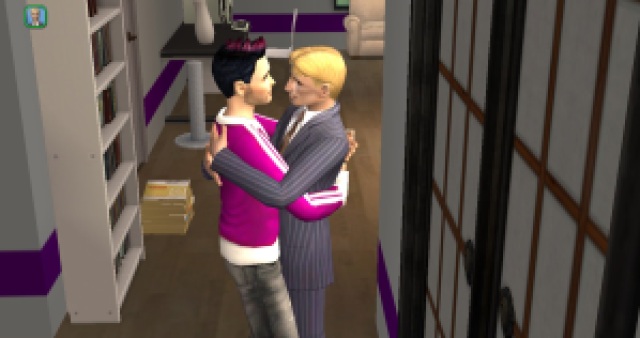 On a surprising note: Ian was outside when Armand walked by.  When they started talking he started spewing hearts like crazy. 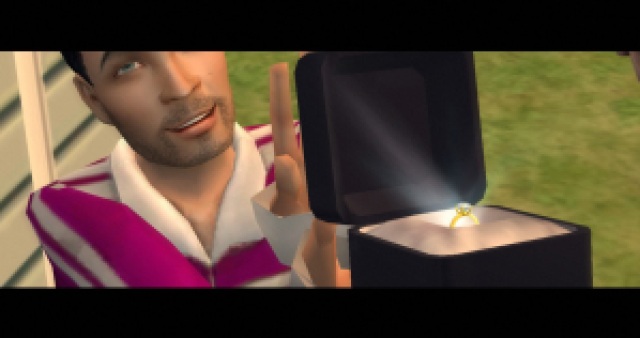 He asked him to marry him right away.

They exchanged rings in a small family ceremony.

Well this was unexpected.  Meet Tara, Armand’s teenage daughter.  At least her outfit fits in with the black theme. 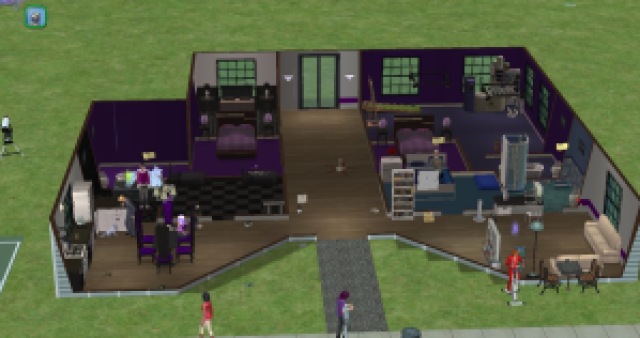 Time for yet another house expansion.  I added a bedroom for Tara, two bathrooms and a skills room.

As if the house wasn’t crowded enough Ty decides to summon a spectral cat he named Portforio.

Whew that’s a packed family.  Too funny how grandpa and uncle are holding the girls instead of their parents. 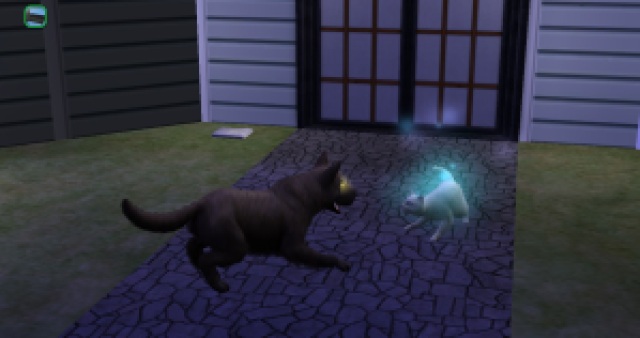 Spectral cat vs. Leader of the Pack. 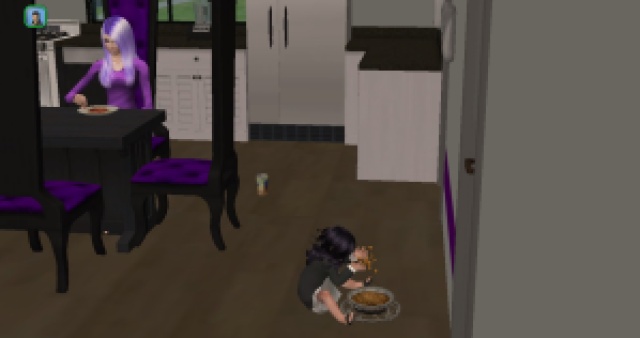 Unless someone voluntarily gives them a bottle the girls are on their own for food. 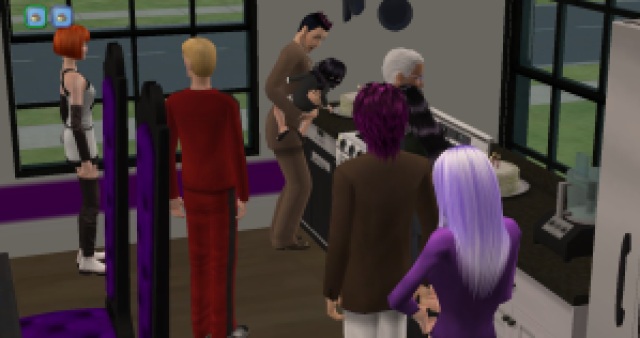 Despite never having learned to walk or talk or be potty trained I’m sure the toddlers are eager for their birthday.  I had hoped to get more pics of them but time just slipped by as it so often does.

Here they are all aged up to child.  Onyx is on the left and Obsidian is on the right.
Chapter 2.4: Say Goodbye to Yesterday